There is a universal battle cry for those who embrace Jesus Christ as Lord and yet at the same time deny His words when entering the world of Paul. “We are no longer under the law, but under grace.” I meant what I just said. This has been the banner that has own for hundreds of years over millions of Christians. Humankind, since the days of Adam, have turned away from the word of *YHVH. It is a central part of our fallen nature. There are really three kinds of people in the world. Those who disobey the commands of YHVH because they do not acknowledge His existence, those who disobey Him and do it in His name, and those who claim His name and obey Him. Which one are you? When reading the Scriptures, it becomes quite evident that no matter what “dispensation” you are cruising through, disobedience is rampant, and so is chaos and moral decay. Two things have always existed side by side from the days of our human ancestor who chose to eat from the tree of the knowledge of good and evil instead of obeying God: sin and universal chaos and entropy. This is not only true as well today, but it seems to have reached its pinnacle. At least in the times of the judges or the times of David, YHVH’s people realized that they had turned from His ways and repented now and then. Today, however, the modern church stills teaches that Yeshua’s death put an end to the laws that created the universe and sustain that same universe. So we all stand by and watch as our society crumbles, having the peace of mind that it is not our fault. It is Satanism, the New World Order, the New Age Movement, the Catholics, the Democrats, Liberalism, Bill and Hillary, Hollywood, Nintendo, Neo-Nazi’s, and Oprah Winfrey.

I hope and pray that this study will begin to open your eyes to the commonly accepted interpretation of being under the law. Like many of the Hebrew words we have defined, this phrase has a background and an Old Testament meaning that is imperative in understanding its New Testament use. This will take a few lessons to get through, but I believe it is very important. Yeshua’ (Jesus), Sha’ul (Apostle Paul), and all the writers of the New Testament would have used the concept of law in the framework of its previously established use. The word law, or for that matter the idea of being under the law, was not created in a vacuum. However, the use or misuse of this idea was so misunderstood by “Jew and Gentile” alike, that Sha’ul spends an incredible amount of time to make it clearly understood. Why so much attention to this word? There seems to be a very fine line between obedience and what we call legalism. I hope to show that Sha’ul’s desire for “Jew and Gentile” was that they lived in YHVH’s glorious grace. He also stressed that YHVH’s people walked in obedience in their newly found life in Yeshua’, and that these two ideas were not in con ict. Considering the two opposing cultures, this was not an easy task. Drawing two such contrary views of life into one would take up a lot of writing space. I believe that the Messiah was the answer to that enmity created by the law between “Jew and Gentile”.

The phrase under the law is found ten times in the New Testament. If you are familiar with scriptural numerics, then you will quickly notice that the number ten usually speaks of law or judgment for disobeying (10 commandments, 10 plagues, the tithe, etc.). I intend to discuss these ten occurrences. First, however, we must take the time to define what we mean by the law. As I have said many times before, the New Testament writers would have used this word as it has always been understood and defined. Simply put, if law was evil or bad in the Tanakh (Old Testmant) then it would continue to be understood as evil or bad in the New Testament. If YHVH’s laws were understood as righteous and set apart (holy) in the Tanakh, then they would continue to be defined as righteous and set apart in the New Testament. I would pray that this would not only be in harmony with the very nature of YHVH, but is simple common sense. If YHVH is constantly changing the meaning of these words, then there is no solid rock on which we are to stand. Our God is the same yesterday, today, and forever (Ivrim (Hebrews) 13:8). Do you believe that only Yeshua’ is the same? YHVH does not change (Male’akiy (Malachi) 3:6). ere is no explanation of the phrase under the law because it was already understood!

Many times I find modern Christian teachers teaching backwards! The modern church approaches the Scriptures by beginning in the New Testament, forming an understanding of its teachings, and then going back to the Old Testament to understand its meaning. This denies the plain cultural meaning of the text and conforms the Scriptures to the ever-changing ideology of the church rather than forming the church around the solid consistent rock of scripture. When you read the book of Acts, you see that, historically, the followers of Yeshua’ did not simply accept whatever new teaching they heard. They could not have tested established revelation (Tanakh), which they knew to be true, by a new revelation, which they did not yet know to be true. The three sections of the Tanakh were already accepted and established as YHVH’s set apart, everlasting word. YHVH had already commanded, and Yeshua‘ confirmed, that a new teaching or claim of Messiah-ship was to be tested against what YHVH had already revealed, not the other way around. Interpreting the Scriptures backwards produces a message that is backwards. They could not have justified New Testament teaching by quoting the New Testament!

The word law originates from the Hebrew word torah. A word many theologians are familiar with. If you search out the abstract word torah in what I call ‘Americanized’ Hebrew dictionaries you will nd that they will give you more abstract denitions such as a precept or a statute. You still do not know what the word means. If you continue to its parent root (yarah,yara’), you will find that it means to throw or aim as to hit a mark. Now we are getting a lot closer. In its ancient form, which will be agricultural, we see that it forms the word for the former rains or to cast forth rain or to ow as the water cycles. A farmer or tiller of the ground in ancient times would have experienced the meaning of this word when the rains watered the field, which is why Yeshua’ told parables using a field or vineyard as a foundation. The rain not planting the seed but rather blessing it after the seed was planted.

The English word law is directly translated from the Greek word nomos. It is very important to see how this word evolved because the dening of words changes our image and perception of the full meaning of a sentence when it is formed. Nomos springs from nemo, which means ‘to allot’ or ‘that which is proper’. The translation process from Greek to English has already changed the meaning of law. In Greek society, the concept of law still held a positive, honorable, and instructive substance. When we peruse the Tanakh, we see that the law was reverently esteemed, and was given many other titles to describe its place in the lives of YHVH’s people. We will discuss those titles later. As this word traveled the translation process, it took on a much heavier, negative connotation. As early as the 3rd century A.D. the so-called early church fathers had already begun to denigrate this word. Law was already being taught as a product of ‘the Jews’…in other words, those instructions that would only ‘be proper’ for those stiff -necked Jews. An heretical character named Marcion taught that the entire Tanakh should be removed from the pulpits as well as many sections of the New Testament which put the law and ‘the Jews’ into a more positive light, such as the book of Luke and the book of Acts. 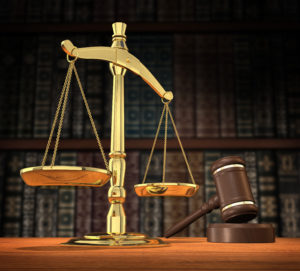 As the western culture progressed, the concept of law grew more and more negative. The whole scriptural concept of law and bondage was reversed. Law was taught as bondage, not sin. Certain clichés and phrases were adapted to express this bondage. What began in YHVH’s word as light, life, righteousness, the way, the walk, truth, goodness, and holiness, soon became disdained, loathed, and despised. IT’S THE LAW! LAW AND ORDER! THAT’S AGAINST THE LAW! HE BROKE THE LAW! I FOUGHT THE LAW AND THE LAW WON! The law has become the enemy. Today, in many movies the handsome bank robber or jewel thief is actually applauded over the bumbling representatives of the law, the police. Iniquity, through rebellion, is actually portrayed as good and the law as bad! Law is no longer seen as good and righteous but is seen as nothing but fear and punishment. This is because the scriptural concept of law has been so twisted and redefined that it is virtually unrecognizable. I have come to at least one undeniable conclusion for a long time now. A nation’s behavior is guided by its philosophy, and a nation’s philosophy is formed by its religious values. All cultures and peoples form their society, no matter how large or small, from their view of whatever they deem to be the ultimate Authority. In this great nation it is supposed to be the ‘God of the Bible’. But is it really? Next time we will begin with the creation of the very fabric of existence, Torah!

*Author’s note: The symbol YHVH is what the ancient Jewish Scribes would use when referring to and writing the name of Father God. ey also translated YHVH into Yahweh, which means the same. 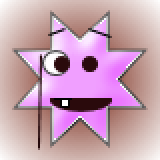 Brad Scott is an international lecturer on the dynamics of the ancient Hebrew language and its relationship with the physics of the universe and the natural creation. He is the author of six books and has appeared on the History Channel, the Trinity Broadcasting Network and other religious broadcasts. Brad and his wife Carol reside in Utah. Check out Brad Scott’s teaching tools on his website www.wildbranch.org