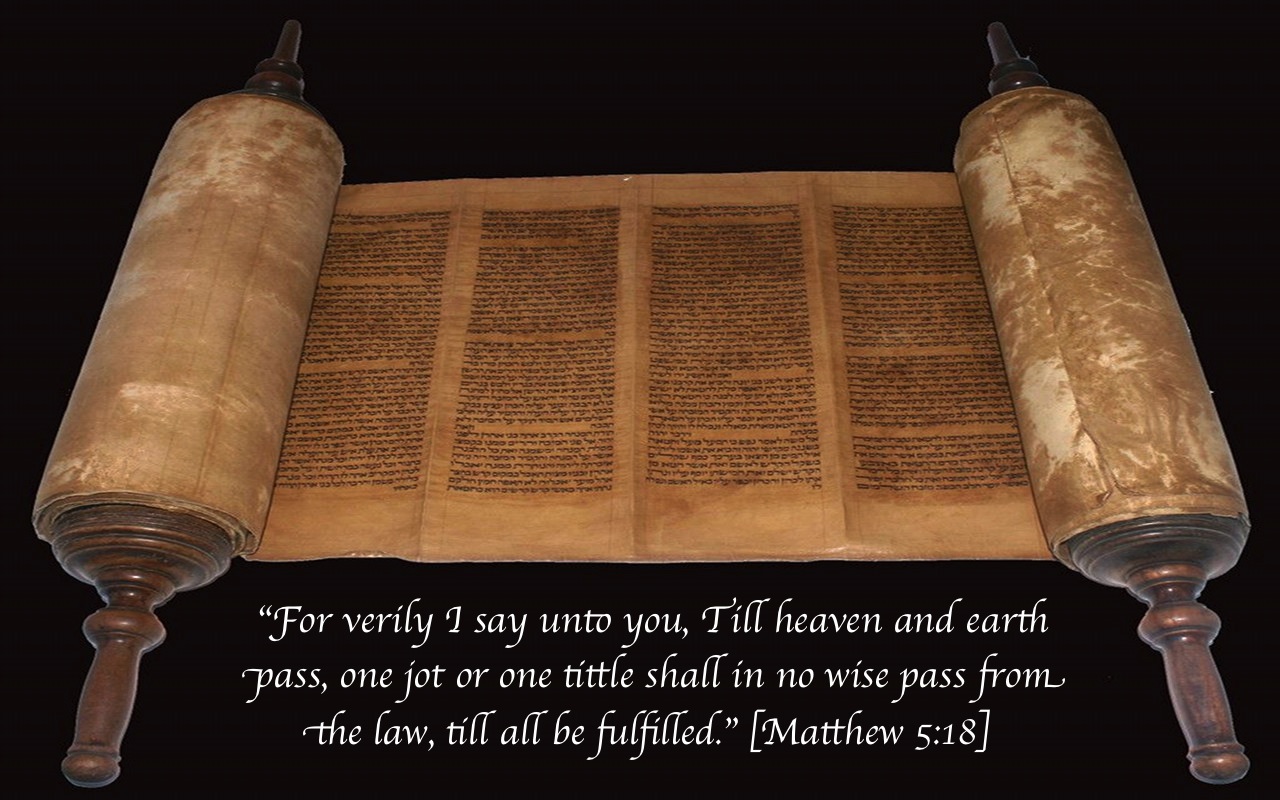 Throughout the world there are two major branches of Philosophy, Western and Eastern. Western Philosophy has its beginnings in the sixth century B.C. in Greece with such philosophers as Socrates, Plato and Aristotle. Eastern Philosophy has its roots in the ancient past and was the philosophy of all ancient cultures of the Far East (including China and Japan), Middle East (Including India and Babylon) and Near East (including Egypt and Israel).

The Hebrews of the Bible wrote the Bible from the perspective of Eastern philosophy, but today’s readers are interpreting these writings with Western philosophy, the results being misinterpretations and mistranslations of the text. For this reason, it is essential that we learn the philosophy of the Ancient Hebrews in order to better understand the text we are reading.

The language of the Hebrews is a concrete language, meaning that it uses words that express something that can be seen, touched, smelled, tasted or heard and all five of the senses are used when speaking, hearing, writing and reading the Hebrew language. An example of this can be found in Psalms 1:3; “He is like a tree planted by streams of water, which yields its fruit in season, and whose leaf does not wither”.

In contrast to the Eastern philosophy of a concrete language, Western philosophy uses an abstract language to express itself. An abstract word is an expression that cannot be seen, touched, smelled, tasted or heard. Examples of Abstract thought can be found in Psalms 103:8; “The LORD is compassionate and gracious, slow to anger, abounding in love”. The words compassion, grace, anger and love are all abstract words, ideas that cannot be experienced by the senses. Why do we find these abstract words in a passage of concrete thinking Hebrews? Actually, these are abstract English words used to translate the original Hebrew concrete words. The translators often translate this way because the original Hebrew makes no sense when literally translated for Western thinkers.

While there are many differences between the Western and Eastern schools of thought, one of the major differences is the use of abstracts and concretes.

As the Bible was written from an Eastern philosophical perspective, it is important that we recognize that we cannot interpret it through our own Western philosophy. To do so, would place a meaning and interpretation that may not be that of the original authors.

Thorleif Boman’s monumental work, Hebrew thought compared with Greek, states; “The thinking of the Old Testament is primitive and hence can be compared only with the thinking of other primitive peoples and not with thinking as advanced as Plato’s or Bergson’s.”

Victor H. Matthews explains how the culture of the Hebrews can be studied in his book, Manners and Customs of the Bible.” One of the joys of studying the Bible is attempting to reconstruct the manners and customs of the peoples of ancient times. The gulf of thousands of years can be bridged, at least in part, by insights into their everyday life. These can be garnered through the close examination of the biblical narratives and through the use of comparative written and physical remains from other ancient civilizations.”

In his books The Hebrew Genius as Exhibited in the Old Testament, George Adam Smith said; “..the Hebrews were mainly a doing and feeling people. Thus their language has few abstract terms. Rather, “Hebrew may be called primarily a language of the senses. The words originally expressed concrete or material things and movements or actions which struck the senses or started the emotions. Only secondarily and in metaphor could they be used to denote abstract or metaphysical ideas.”

These same Concrete concepts of Eastern thought can also be found in Primitive cultures that exist today who have not been influenced by our Modern Western culture. The linguist Dan Everett, presented during his Endangered Languages and Lost Knowledge seminar, his discovery through his research that the primitive Pirahã tribe in the Amazon did not use abstract perspectives, but instead concrete ones. As an example, the Pirahã tribe call themselves the “straight heads” and outsiders are “crooked heads.” Interestingly, the Ancient Hebrew language uses this same style of speech. A literal translation of Proverbs 14:2 reads, “One who makes his walk straight will revere Yahweh, but the one who makes his path crooked is worthless.”

Everett also found that they had no concept of “left” and “right” (abstract terms of direction), but instead gave direction in relation to the surrounding topography, as in “toward the river,” or “toward the jungle.” Again, this is strikingly similar to the Ancient Hebrews’ perspectives of direction. Exodus 38:9-13 describes the direction of the court in relationship to the four sides of the Tabernacle. The Hebrew words used for these four directions are;

While the Modern Western person thinks and arranges events chronologically (Step Logic), the Ancient Hebrews thought and arranged events according to action and purpose (Block Logic). Let me demonstrate with the following paragraph from a western step logic perspective.

“I got up and ate breakfast and read the newspaper. I then drove to work. While at work I read yesterday’s reports. At noon I walked across the street for lunch. While there I read a magazine. Back at work I read my emails. After work I drove home and had dinner.”

Now let me rearrange this paragraph in block form, the way the Hebrews would have conveyed this same story.

“I drove to work and walked across the street and I drove home. I ate breakfast and I ate lunch and I ate dinner. I read the newspaper and I read the reports and I read a magazine and I read my emails.”

To a person who is steeped in Western step logic, this paragraph would seem illogical as there is no way to make any chronological sense out of this narrative. However, this narrative would make much more sense to a person who is steeped in block logic as they can easily see my actions being grouped together. It is very important when reading the Bible to ignore the philosophy that has been ingrained in you and instead learn a completely new form of philosophy and logic.

An oak tree and a ram

In our minds we would never relate an oak tree to a ram or view them as the same. The reason being is that we relate to features and appearances. However, the Hebrews relate to the function and in the case of the oak and the ram, they function in the same way. An oak tree is a very hard wood and the horns and skull of a ram are equally as hard. For this reason, the Hebrew word איל (ayil) is used for a ram (see Genesis 22:13) and an oak (see Isaiah 1:29).

This is how you are to make it: the length of the ark three hundred cubits, its breadth fifty cubits, and its height thirty cubits. (Genesis 6:15)

From our Modern Western mindset, we assume that this passage is describing the “appearance” of the ark. But this is not so, the dimensions are not given to tell us what it “looked like,” but instead to tell us that it is very large as it is going to hold a large number of animals.

Another example of differing cultural perspectives is how different cultures perceive time. In our modern Western world we view the past as behind us and the future as ahead of us. In Biblical Hebrew, the word for “yesterday” (the past) is תמול (temol), which comes from the root מול (mul) meaning “in front.” The Biblical Hebrew word for “tomorrow” (the future) is מחר (mahher), which comes from the root אחר (ahher) meaning “in back.” Therefore, from a Biblical Hebrew perspective, the past is in front and the future is behind. We see time from the perspective of passing through it. As we have walked through the past, we see it as behind us and the future, which we have not yet walked in, is in front of us. The Hebrews saw time from the perspective of observance. The past is known and therefore can be seen (in front of the observer), but the future is not known and therefore cannot be seen (behind the observer).

Another major difference between the modern Western view and the ancient Eastern one is how something is described. A westerner would describe a pencil in relationship to its appearance, such as long and yellow. An ancient easterner on the other hand, would describe it by its function, such as “you write with it.” Notice that the western description uses adjectives, but the eastern description uses verbs. Biblical Hebrew rarely uses adjectives; instead it much more prefers to use verbs.

In our Modern western language verbs express action (dynamic) while nouns express inanimate (static) objects. In Hebrew all things are in motion (dynamic) including verbs and nouns. In Hebrew sentences the verbs identify the action of an object while nouns identify an object of action. The verb מלך (malak) is “the reign of the king” while the noun מלך (melek) is the “the king who reigns”. A mountain top is not a static object but the “head lifting up out of the hill”. A good example of action in what appears to be a static passage is the command to “have no other gods before me” (Exodus 20:3). In Hebrew thought this passage is saying “not to bring another one of power in front of my face”.

If you were to ask a Westerner, such as from the Americas or Europe, what they see in the picture above, they would probably say “a deer.” However, if you were to ask an Easterner, such as from Japan or China, what they see, they will probably say “a grove.” The difference is that the Western thinker focuses in on one point, while the Eastern thinker looks at the whole of the image.

An experiment demonstrating the different between Western and Eastern thought

The Psychology of the Ancient Hebrews is very different from our own and when we read the Bible we must learn to read it from the Hebrew’s perspective rather than our own.

When we use a word like “name,” we focus in on how it is written and pronounced.

I will tell of thy name to my brethren; in the midst of the congregation I will praise thee. (Psalm 22:23)

What does it mean to “tell someone about another’s name?” Does it mean to tell others how to write or pronounce the name? From a Western perspective yes, but from a Hebraic perspective a name is much more than its pronunciation; it is the character of the individual, his ethics, workmanship, attitude, dependability, resourcefulness, compassion, honor, etc. When the Bible teaches us to “tell others the name of Yahweh,” it isn’t telling us to teach others how to write or pronounce it correctly; it is telling us to teach Yahweh’s character. 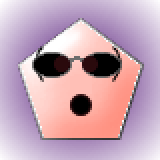 Mr. Benner, founder of the Ancient Hebrew Research Center (www.ancient-hebrew.org) and the Mechanical Translation of the Hebrew Bible Project (www.mechanical-translation.org), has authored many books on the subject of the Ancient Hebrew alphabet, language and culture and speaks around the country on this same subject. Mr. Benner's goal is to teach proper Biblical interpretation by providing others with the tools needed to read and understand the Bible from its original Hebraic context.